“Why are greeting cards so expensive?” is a question that's been asked over and over again in recent years. 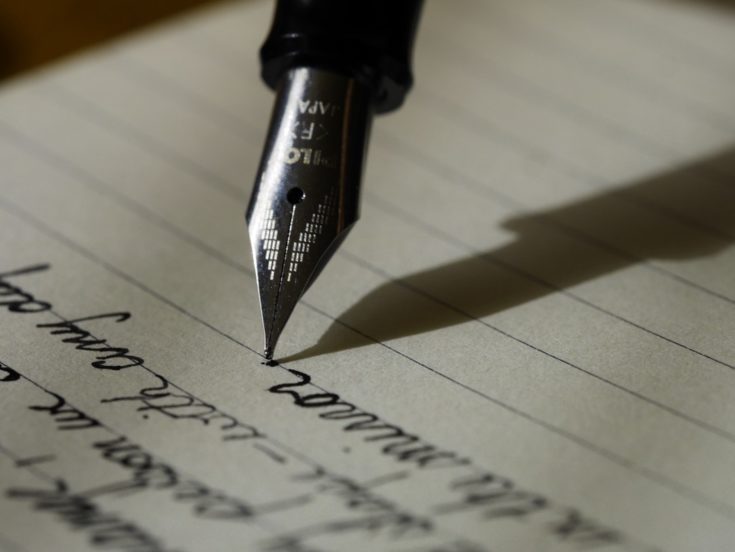 It's pretty easy to see why. Greeting cards used to cost little more than $1 or maybe $2. But today, you're lucky to find a decent greeting card for under $5 in most grocery stores, drug stores, and convenience stores.

The next time you want to send a greeting card to someone, why not send a handwritten letter instead? It'll allow you to wish someone a happy birthday or congratulate them on their new baby without costing you a fortune.

Here are 5 benefits of sending a handwritten letter as opposed to a greeting card to someone special in your life.

1. Shows a Person You Care

The point of giving someone a greeting card is to show them that you care. It's also to let them know that you wanted to take the time to acknowledge their birthday, their promotion, or their graduation.

But the problem is that many greeting cards come across as being far too impersonal. When the only thing that someone does is sign their name on a card, it doesn't always make the recipient feel like they truly care.

This won't be an issue when you give someone a handwritten letter. It takes time and effort on your part to put together a letter. From picking out the right paper for it to coming up with the right words, it can be challenging to handcraft the perfect letter.

You're pretty much guaranteed to get a strong response from someone when you write them a letter. Some people are even brought to tears these days when they realize that someone cared enough about them to send a handwritten note.

2. Provides Space to Say Whatever You Want

Most greeting cards have some combination of words and pictures located on the inside of them. This doesn't give people a whole lot of space to say anything more than “Happy birthday!” or “Congrats on the new baby!”

Therefore, most people don't even try to cram too many words into a greeting card. They'll let whatever words the card manufacturer came up with say whatever they want to say, which is not very personal at all.

With a handwritten letter, there is no end to the number of words that you write! Whether you send a one-page letter to someone or a short novel, you'll have an endless amount of space to express yourself in your letter.

3. Sets Your Well Wishes Apart From All the Rest

Depending on how many family members and friends a person has, it's not uncommon for them to receive more than a dozen greeting cards on their birthday. It's also not uncommon for someone who is graduating from high school or college to get dozens and dozens of cards after they receive their diplomas.

If you're thinking about buying a greeting card for one of these kinds of special occasions, know that you're going to have a tough time getting your card to stand out in the crowd. One greeting card is going to start to blend into the next when a person is inundated with cards.

Imagine the look on a person's face when they get to your card and realize it's not a card at all. They'll appreciate you going above and beyond with a handwritten letter and will remember your letter over almost all the other cards they received.

They'll also appreciate you going over the top and including one of your own photographs along with your letter. Pretty Sweet can provide you with coupons that'll make it easy to print out your photos so that they look professional.

4. Allows You to Show Off Your Handwriting

For years, most elementary and middle school students were required to learn how to write in cursive. They were also asked to practice their handwriting skills for hours on end.

That's no longer the case! Most schools have done away with cursive lessons since most people communicate through computers and smartphones these days rather than through the written word.

But you shouldn't allow that to stop you from showing off what you learned back in the day during your cursive lessons. As long as you have nice handwriting that people enjoy reading, feel free to showcase it in a handwritten letter.

No matter what you're sending the letter for, the message inside of it will read differently when you write it than it would if you sent it in, say, an email or a text.

5. Saves You Money in Several Ways

The average American household is currently carrying around almost $40,000 worth of personal debt. Most Americans are in debt like never before.

With that in mind, many people are trying to do whatever they can these days to save money here and there. They're eating at home more than they're eating out, and they're trading in their new cars for old clunkers to cut down on their spending.

If you're making a push to spend less money, writing a handwritten letter instead of buying a greeting card makes all the sense in the world. It'll prevent you from having to spend money on gas to go and pick up a card. It'll also help you avoid having to fork over anywhere from $5 to $10 for a greeting card that'll end up getting thrown out anyway.

Send Someone a Handwritten Letter Today

At the end of the day, there's nothing wrong with sending someone a greeting card. They'll thank you very much for doing it.

But if you want to wow them in a way that a greeting card can't, stick a handwritten letter into their mailbox instead. They'll likely keep the card for a long time and cherish you for sending it to them.

You may want to consider giving someone a budget-friendly gift to go along with your letter as well. Read our blog to check out some of the greatest gifts you can get for someone without breaking the bank.