The world of Barbie is timeless, and so are the collectibles on resale sites! Since the first Barbie went on display in 1959, parents flocked to find the perfect one for their children. As years went by, more models came to life, and there was every single type of Barbie doll you could think of. The joy of Barbie lives in all children’s heads, which keeps the nostalgia alive today.

With the constant need to fill our brains with happy nostalgia, the Barbie business is booming, especially the vintage Barbie on resale sites. No matter the age of the Barbie or the consumer, the little vintage toy is making a comeback, and you could get your hands on one of the many vintage Barbie dolls!

The top site for all your vintage Barbie finds is Etsy. When searching through the world of Etsy, you’ll find everything vintage Barbie, including the dolls themselves, mix and matching sets for the perfect outfit, cases, and even different styled wigs. Specifically, you can find a blond bubble cut wig or a red flare coat to dress your vintage Barbie in. Esty sells items fast, so make sure to check the vintage Barbie section out before they sell out! 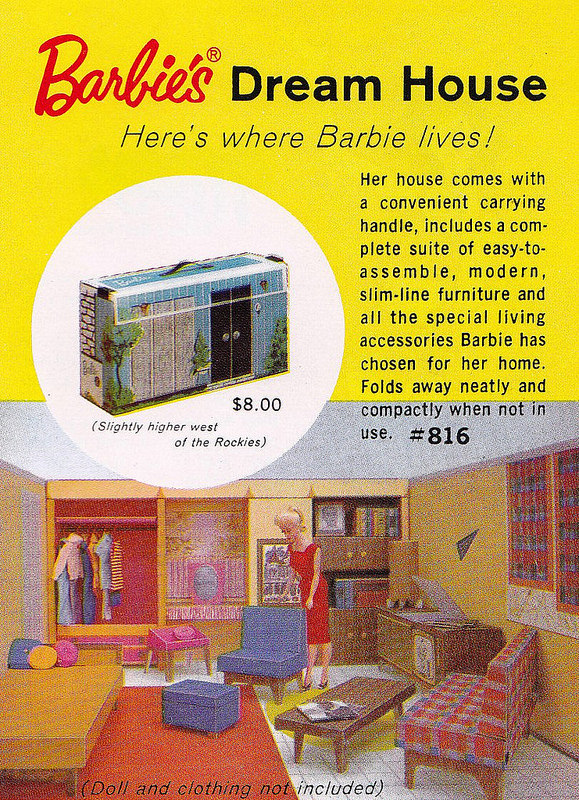 eBay also has a hand in selling vintage Barbie ranging from 1950’s dolls to the 1960s. You’ll also be able to find some vintage barbie clothes too.

Even the resell site Mercari sells their own vintage barbie collectibles. Some of them even come in the original box!

There aren’t just barbies that are resold online. From cars, campers, furniture, cases, and Ken dolls, you’ll find them all on different online stores.

How Much Do Vintage Barbie Products Cost?

No matter the Barbie, vintage is vintage and that comes with a price. Sometimes, the older the Barbie, the more expensive it can be. Other times, it can depend more on the type of Barbie. Looking at a chart of different Barbies and their prices depending on the year, the original Barbie from 1959 was sold for $27,450 while a 1999 Da Beers 40th anniversary Barbie was $85,000. Some years were all over the place with a 2003 Marie Antoinette Barbie selling for $1,250 and a 1999 Pink Splendor Barbie costing $900.

While these prices are expensive, these are also mostly auction items. When looking at vintage Barbie products on Etsy, you can find great prices for the same nostalgic feel.

What to Know About Vintage Barbie Dolls

Beginning in 1959, we started with the vintage Barbie ponytail dolls. With blonde and brunette hair, These dolls had copper tubes in the legs with holes in the feet so they could fit the stand. They would wear Zebra swimsuits and had big eyes with white irises adorned with heavy black makeup and a red lip with gold hoop earrings. Eventually, after much evolution, we got to the 1972 vintage Walk Lively Barbie where she could move her head and arms back and forth. She had blue eyes and shoulder-length blond hair.

The evolution of the vintage Barbie is seen in its feet, hands, and hair. While the first Barbies had holes at the bottom of their feet, ones after 1959 to 1972 had a “Made in Japan” or “Japan” stamp at the bottom instead. Regarding hands, the older models used molding which gave the Barbies divided fingers. Later doll’s fingers aren’t divided as much. For hair, vintage ponytail dolls had wiry material and came in two colors: brunette and blonde. From 1964 on, ash and platinum blond was added to the mix. Mid-60 Bubblecut Barbies had side-parted hair and then the ‘70s brought straight sleek hairdos.

What to Know About Vintage Barbie Dream Houses

Originally, Barbie’s dreamhouse was a portable playset that unfolded into an open area home. Called the 1962 Barbie dreamhouse, this set reflected the mid-century modern style that was popular during the time. The cardboard Barbie dollhouse was complete with cardboard furniture that folded up like a suitcase.

Then, in 1972 there was the Barbie Townhouse. It had three stories and a built-in elevator so you could move your dolls between floors. Inside the house had plastic blow-up furniture. Time moved fast when in 1979, the Barbie A-Frame Dreamhouse was created. It looked like the original Dream House with A-frame roofs and a brightly colored set. Then in 1990, there was the Barbie Magical Mansion. This luxury-styled dreamhouse was an extension of the familiar houses beforebut with more space.

If you’re interested in purchasing a vintage barbie dream house of your own, Etsy sells various types along with some furniture at great prices.

What to Know About Vintage Barbie Clothes

There are many things to consider when purchasing vintage clothing and accessories in general. For example, you need to research the vintage eras you like most while staying positive and open to any option.

You may find a vintage item or two on eBay, but you’ll have more luck with Etsy. From robes to jackets to a collection of matching outfits, you’ll find some great prices and some even better clothing for your vintage Barbie.

Get your hand on a vintage Barbie today! You won’t be disappointed.

One of my absolute favorite things to do at my Grandma's house when I was a child was to play with my Aunt Joanne's Barbie dolls. She had a cardboard Barbie doll house complete with cardboard furniture that folded up like a suitcase. I loved that Barbie house. When we cleaned out my grandma's house a few years ago, I called dibs on that Barbie house, but it was nowhere to be found. I did score some Barbies (and Ken) and some of the cardboard furniture though.

And then I discovered vintage Barbie houses on Ebay. I won a bid to get a 1962 Barbie's Dream House for only $9.99! Merry Christmas to me, my love for this Barbie house is priceless! 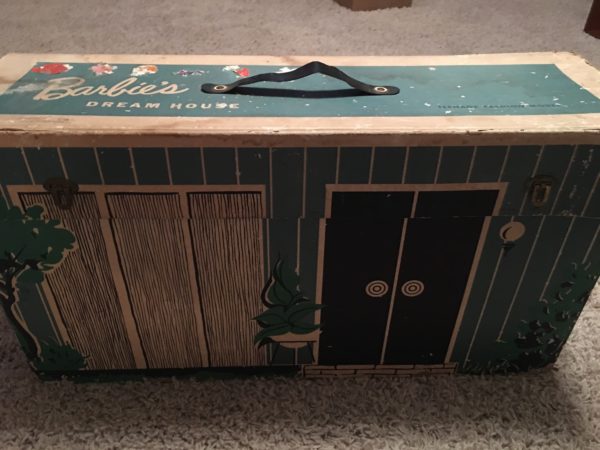 My Barbie dream house arrived and brought back so many wonderful childhood memories! 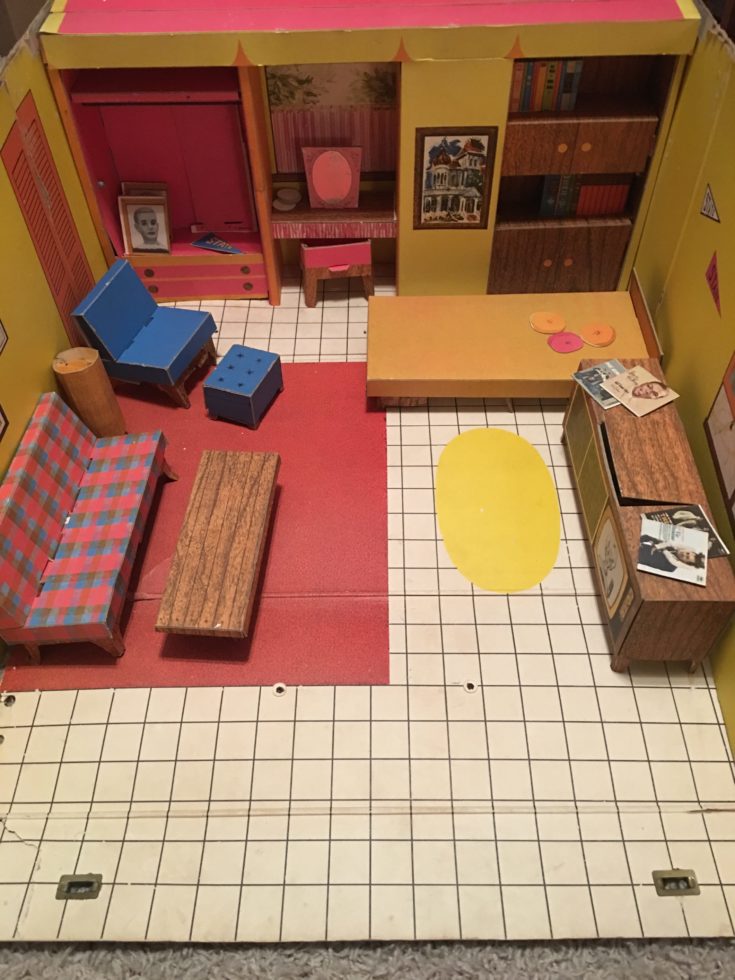 I can't wait to get out my aunt's old Barbies and “play” with my “new” old Barbie dream house.

Next up, maybe I'll see if I can score the A-Frame Barbie house (the yellow 1970's one, not the newer pink one) that I always wanted as a girl but never got. I remember circling and starring it in the JCPenney Wish Books Christmas catalog for everyone to see, but I'm sure it wasn't within my family's budget.

Maybe I'll also look to replace the vintage Barbie townhouse that I bought with my own money that I saved up (because I couldn't afford the A-Frame house). Passing the tradition on the Barbie fold up houses that my daughters owned and played with in the 1990's and early 2000's are now considered vintage.

Looks like my new hobby may be collecting vintage Barbie doll houses.

The new Barbie houses are cool, too!