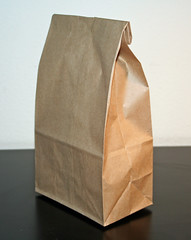 Are you having trouble paying off your mountains of debt right now? Well, regardless of whether you owe several credit card companies some money or owe a single person some money, now would be the time to follow some easy frugal living tips and pay them off as fast as possible.

Now, this doesn't mean you need to go to extremes and wait until your shoes break before buying new ones or anything. There are actually a lot of ways out there that can help you cut down on the money that you spend and save some money – believe it. Just read on.

First of all, how many cars do you have? Believe it or not, cars are the most expensive things that households have to spend for – aside from the house itself, anyway. So, if you can survive with a single car, then you should. This might take some getting used to if you used to have two cars, but with smart scheduling, you will be able to do it with ease in the long run.

On that note, you might want to trade in your car for a smaller one, as well. This can actually save you a lot of money since smaller cars are usually cheaper and use up less gas, too.

If you like to eat out a lot, then you might want to stop doing that, as well. Did you know that most people spend thousands of dollars a year on eating out? Having said that, it really isn't surprising why cutting down on eating out is one of the best tips of frugal living. It is much cheaper to cook at home and you will realize this the minute you stop eating out as much.

The same goes for office lunches. If you tend to eat out during your lunch break at work, then cut down on those expenses by brown bagging it instead. The best part is that you will save both time and money by doing so.

It would also be highly recommended to travel frugally. Now, this doesn't mean that you should just cancel your next trip because you have to start living frugally. Instead, plan out your vacations ahead of time. This will get you the best deals at hotels and airlines. And, if possible, take the train into consideration. Not only are train rides cheap, but they will give you the chance to do some sight-seeing, too.

Of course, you shouldn't forget to compare rates, either. Car rental expenses tend to differ from one company to another. So, if you plan on renting a car, then make sure you take a good look around first.

Now you know that frugal living doesn't necessarily mean utter deprivation from your normal lifestyle. It is possible to live cheaply and comfortably at the same time. Just follow the tips mentioned above to get started.

Derrick Webb is a blogger and writes a variety of topics including database development. He is also a writer for Toledo web design, a firm that provides SEO services and web design for small businesses.

carscheapercompare ratesfrugal livingsack lunch
Previous Article Broken Refrigerator? How To Tell If You Should Repair Or Purchase New
Next Article 10 Tips For Saving Money

Deciding on and purchasing the perfect …

With the recession still looming over …